Groot Constantia’s revered history tells us how a man’s love of wine established the first wine farm in South Africa. By going back over 300 years, we come to understand how 891 morgen of land (763 hectares) created the origins of the South African wine industry, and how every owner thereafter contributed to what we know as Groot Constantia today. 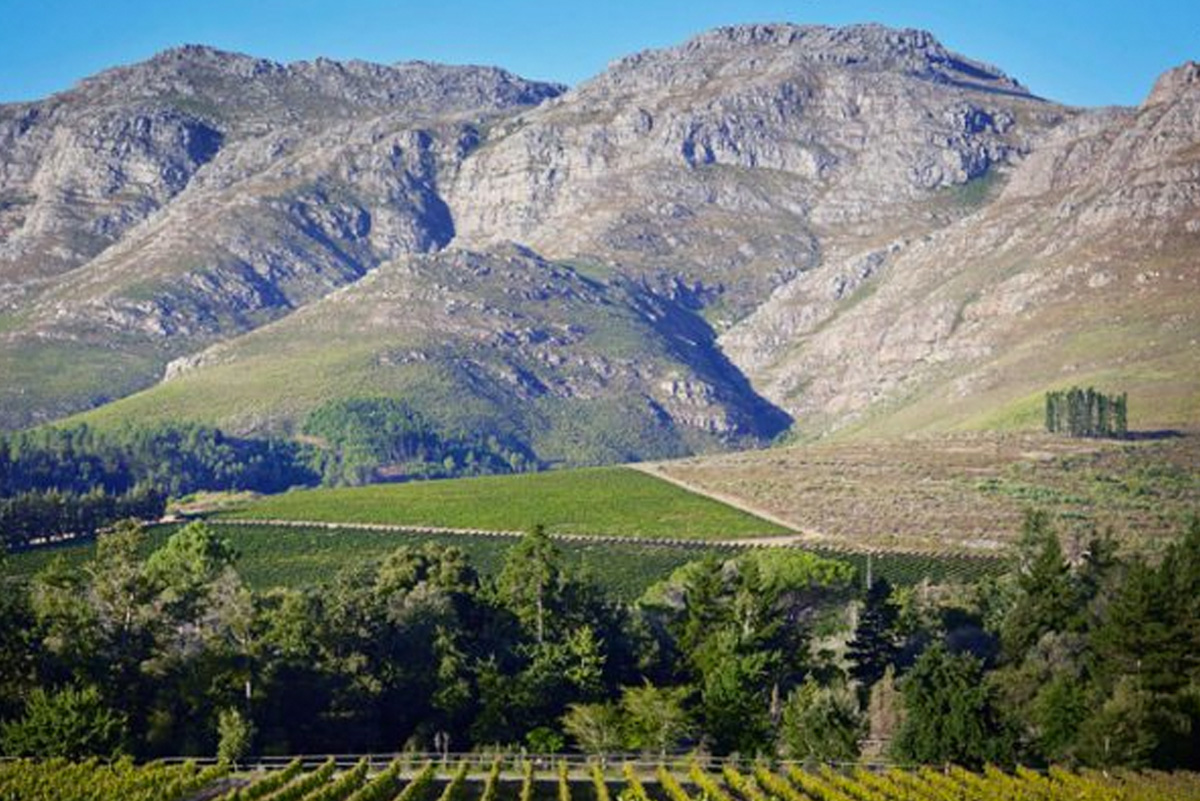 Commander Simon van der Stel of the Dutch East India Company (VOC) arrived at the Cape supply station in 1679. Estranged from his wife he arrived in the company of his children and sister-in-law, Cornelia Six. Back in the Netherlands Van der Stel had gained a solid background in viticulture at his vineyards in Muiderbergh. There he learnt the art of wine and brandy making which he was soon to implement here in the Cape.

In 1685 Simon Van de Stel was granted the farm land which he named Constantia. He chose the location for its favourable soils and mountain slopes gently cooled by the ocean breezes of False Bay.

Agricultural activities at Groot Constantia included viticulture, and the Constantia wines became renowned in Europe. In 1709 there were 70 000 vines on the farm and Van der Stel produced 5,630 litres of wine. During the years, ownership of Groot Constantia changed, but the legacy and supremacy of the wines produced remained.

Simon van der Stel went onto become the first Cape Governer, a post from which he retired in 1699. On 24 June 1712 Simon van der Stel died at the age of 73. Then in 1714 Constantia was subdivided and sold by way of auction.

Onwership of Groot Costantia changed many times, but the reputation of Grand Constance Wyn grew.

During the Eighteenth century the sweet wines of Constantia received international acclaim for their superior quality and became known throughout the world as “Constantia Wyn (wine)”. “Constantia wyn” began to fetch extremely high prices at well-attended auctions in many European cities and soon came to rival the sweet wines of Europe. “From these Elysian fields used to come one of the very greatest wines in the world  the legendary Constantia,” wrote Hugh Johnson, “Constantia was bought by European courts in the Eighteenth and Nineteenth centuries in preference to Yquem, Tokay & Madeira. ”

Emperors and kings, from Frederick the Great of Prussia to King Louis Phillipe of France all vied for their share. Charles Dickens celebrated it in Edwin Drood, Jane Austen’s character recommended it as a cure for a broken heart to heroine Marianne Dashwood in Sense and Sensibility and Charles Baudelaire compared Constantia wine to his lover’s lips in his most famous volume of poems, Les Fleurs du Mal. Before his death in 1821, Napoleon had 30 bottles a month shipped over to St Helena to ease his exile.

These wines were all produced and bottled in the famous Cloete Cellar. Simon van der Stel’s magnificent Homestead and the impressive Cloete Cellar still stand today and form part of the farm Groot Constantia, a national monument and still a fully functional wine estate.

These wines were all produced and bottled in the famous Cloete Cellar. Simon van der Stel’s magnificent Homestead and the impressive Cloete Cellar still stand today and form part of the farm Groot Constantia, a national monument and still a fully functional wine estate.

In 1993 ownership of the entire estate was transferred from the government to an independent company, named Groot Constantia Trust. The main aim of the Trust is to preserve and maintain the cultural heritage of the estate for posterity.

The trust is committed to maintain and restore this national monument which is South Africa’s oldest and best known wine estate.

The Groot Constantia Estate is 60 – 280 metres above sea level, and 165 hectares in size with 90 hectares under vines.

Highest average rainfall of all the South African regions with both good winter and summer rains. 1 100mm rainfall per annum 78% rainfall from May to October. No irrigation required.

Groot Constantia is situated on the Cape Peninsula overlooking False Bay. The vineyards are tucked in the steep valley on the eastern side of Table Mountain. The area is blessed with a maritime climate due to the oceans on both sides and an annual average rainfall of +/- 1,100 mm per annum combined with cool southern slopes and deep mountain soils provides the ideal setting for the making of top quality wines.

Each year Groot Constantia receives 450 000 visitors, and is one of the BIG 6 tourist destinations in the Cape, along side Table Mountain, V&A Waterfront, Cape Point, Kirstenbosch Botanical Gardens, and Robben Island. 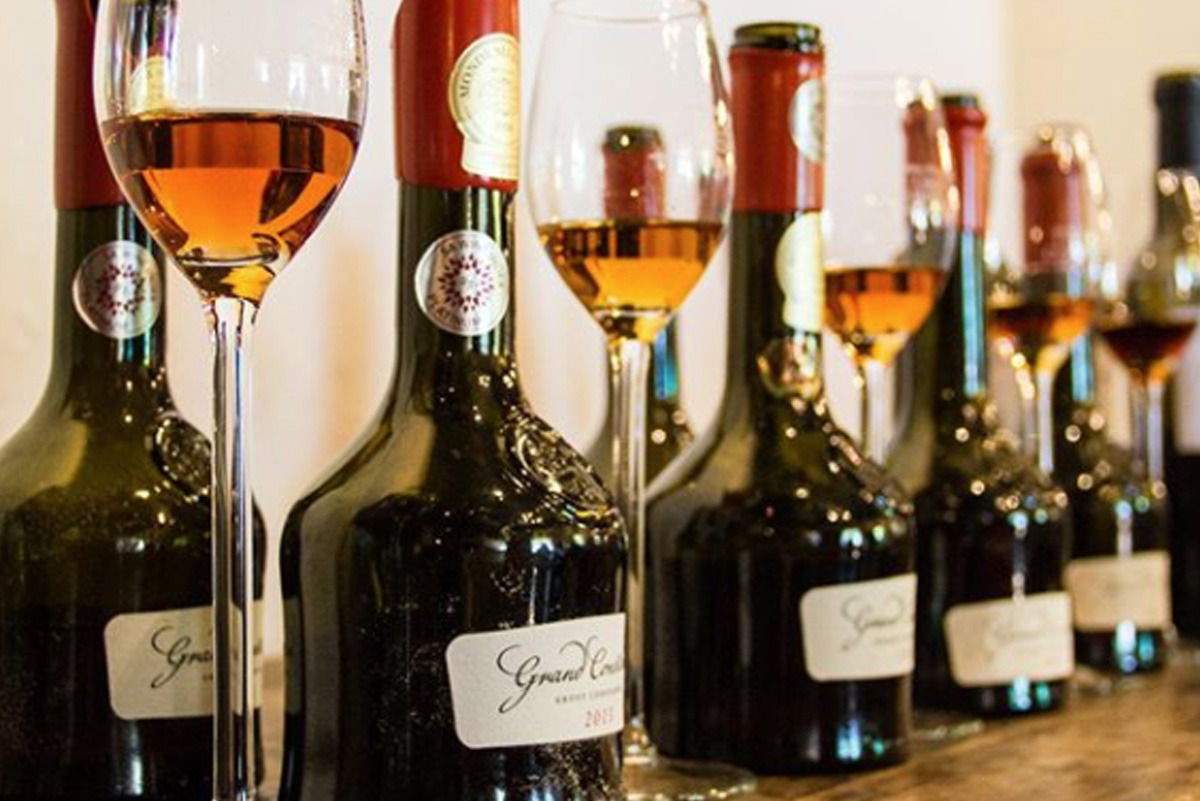 This Cabernet Sauvignon-driven blend shows black currant, dark chocolate and graphite on the nose, while generous use of new oak adds cinnamon and cedar wood aromas to the nose. On the palate the wine shows beautiful intensity and the time in barrel adds a hint of vanilla to palate. Firm tannin promise good ageing potential.

Initially this white blend shows ripe summer fruit and elderflower on the nose, with subtle hints of green peas that opens up in the glass. The palate has lovely weight and complexity, the ripe fruit is beautifully balanced with the fresh acidity.

The wine shows classic black currant and graphite flavours on the nose with a hint of vanilla and cinnamon. The tannins are bold and firm, and promise great ageing potential.

Attractive aromas of mocha coffee and dark chocolate blend with ripe plums and wood flavours like tobacco and  cinnamon. The ripe black fruit and wood spice follow on the palate, the long finish supported by firm tannins.

The warm ripening conditions of 2016 brings out the riper side of this grape variety. Savoury notes are supported by liquorice and black pepper, as well as ripe plums and a hint of smoke. The wine shows beautiful intensity on the palate. The natural acidy adds freshness to the wine, and tannins are soft and approachable. Minimum filtration prior to bottling ensures the intensity and depth of the wine. Some sediment may form over time.

The wine has an intense ruby red colour. Ripe red fruit like sweet strawberries and raspberries combine with black cherries and plums on the nose, while the delicate use of new oak adds a hint of cacao. The bold, ripe fruit flavours follow on the palate, and the fine tannin structure ensures a long, elegant finish.

A seductive wine with ripe black fruit like plums and black cherries on the nose, followed by layers of mocha coffee, dried herbs, black currant and liquorice. The black fruit follows on the palate, beautifully balanced by soft tannins.

The 2018 Chardonnay shows lemon and toasted almonds on the nose, with hints of vanilla and orange blossom. The palate shows great complexity with citrus and caramel flavours and a long, creamy finish.

The 2019 Sauvignon Blanc shows ripe tropical fruit like passion fruit and melon on the nose, with a distinct herbal and white asparagus undertone. Typical Sauvignon Blanc, the wine has a lively acidity and the beautiful intensity leaves a long finish.

Minimum contact with the grape skins ensures this Rosé has a delicate shell pink colour. The nose shows amazing complexity, with strawberries, raspberries, melon a hint of jasmine. The fruit flavours follow on the palate and the fresh acidity leaves a clean, dry finish. 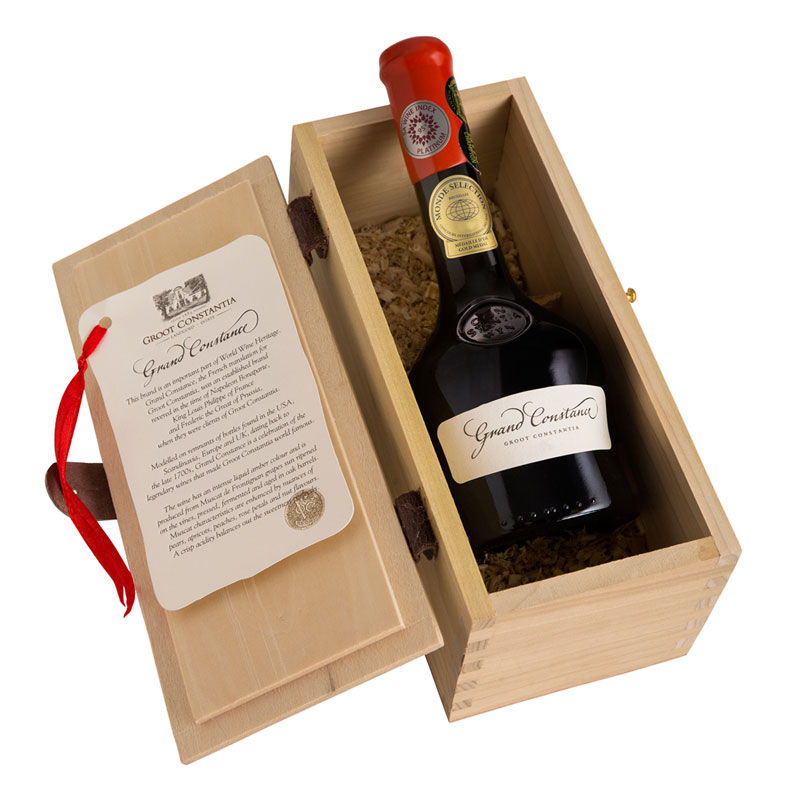 The blend of white and red Muscat de Frontignan gives this wine a beautiful amber colour. The nose shows caramel and toffee with dried fruit like apricot and peach, as well as a hint of orange blossom. The caramel and dried fruit follows on the palate, and the fresh acidity balances the sweetness of the wine to leave a more-ish finish.

This new blend shows beautiful complexity. Ripe plum and red cherry flavours combine with a hint of fennel and careful use of oak. The variety of fruit follows on the palate and is framed by a fine tannin structure.