Quality and consistency is paramount at Eagles’ Nest. Our unique terroir, combined with passionate attention to detail in the vineyards, yields fruit that is crafted into wines which are the epitome of elegance, finesse and complexity. 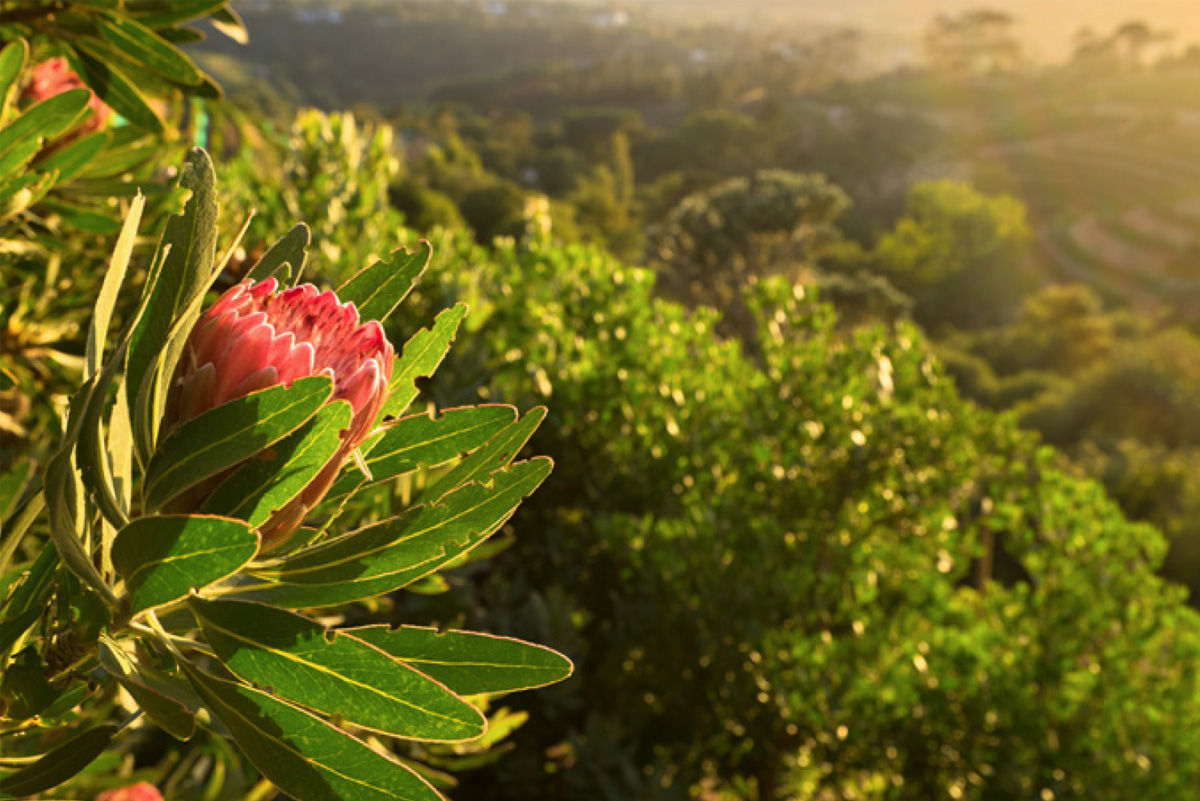 Eagles’ Nest is cradled in a secluded valley high up on the slopes of the historic Constantia mountain range, which forms part of the World Heritage Site, Table Mountain. The farm’s origins can be traced back to 1836 when it was used as a refreshment station between the area now known as Wynberg in the east, and the harbour of Hout Bay in the west. In order to make this journey, travelers had to cross the mountain pass, now known as Constantia Neck.

Eagles’ Nest vineyards were established after the devastating fire in 2000 destroyed the fynbos and natural vegetation on the farm, as well as 95% of the forestation. Amazingly the historic buildings on the farm were saved, and being part of the world famous Constantia Valley, known for its award winning wines, it was decided to plant the farm with varieties that best suited the unique terroir of Eagles’ Nest. 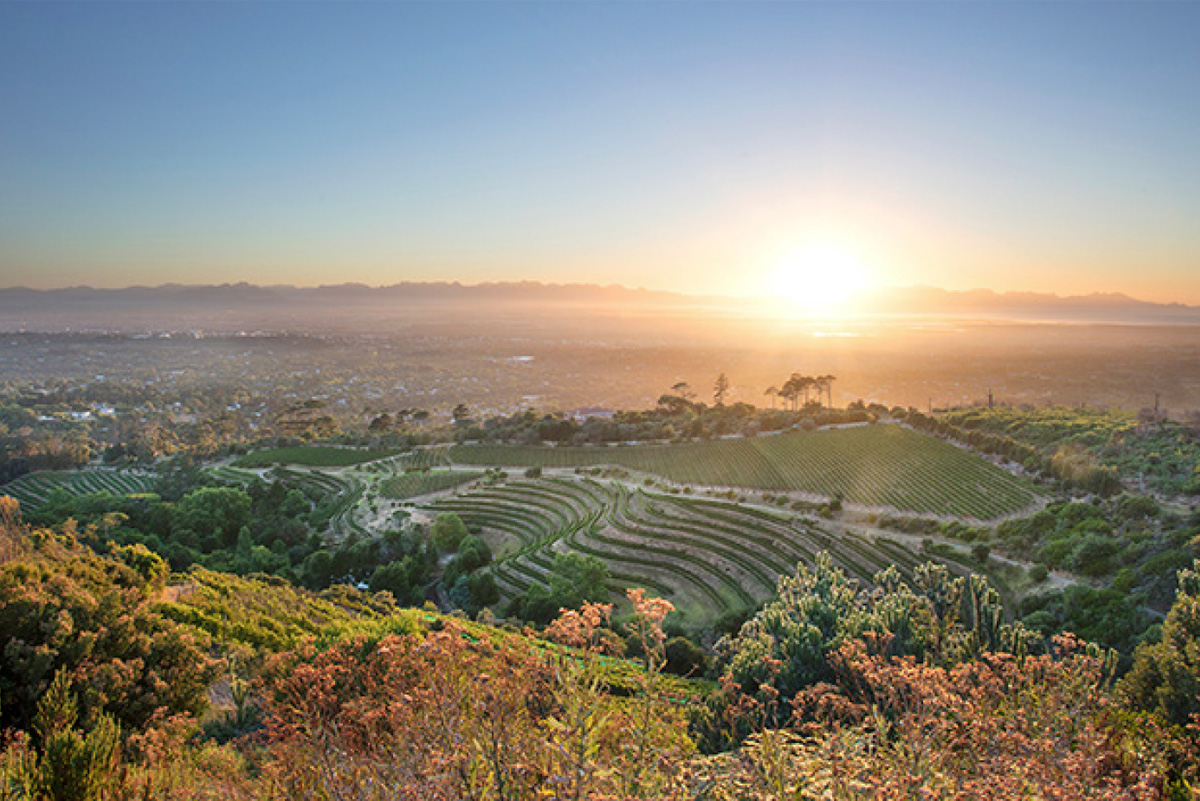 This wine has a deep dark core with garnet rim. On the nose, aromas of whole black peppercorn, blackcurrant and subtle black cherry are delicately entwined with a faint smoky wisp, star anise and cloves. These aromas are complemented by a savoury, mouth filling palate with distinct pepper spiciness and soft, integrated tannins. Well-judged acidity focuses these flavours as they resonate in the aftertaste. A truly great wine from maturing vineyards, this wine will age gracefully for 20 years from vintage.

The nose initially shows opulent tropical fruit aromas, including flavours of pineapple and gooseberries. These notes are underpinned by a fresh zesty core. As the wine evolves, it develops green apple and kiwi aromas, with intriguing floral tones. The palate is fresh, with juicy yellow fruit. Six month’s lees contact shapes a well structured mid palate, balanced by beautiful fresh acidity. This wine will be ideally paired with sushi, grilled fish and shell fish. Enjoy now or to 2023.

This wine exhibits a deep plum colour. The nose is inviting with red currants and black cherry, combined with subtle spice and tobacco leaf aromas. The palate is a multi-layered array of red and black berry fruit, enveloped by smooth rich tannins. Hints o f rosemary and olive tapenade give a pleasant herbal freshness. As with all Eagles’ Nest reds there is a subtle peppery savouriness that makes this wine both distinctive and gives testament to its origin on a cool wind-swept mountainside. Although ready to drink now this wine will benefit from correct cellaring until 2025.

This wine reflects a light golden hue, testament to its barrel fermentation and maturation. Initially attractive notes of kumquat, fresh lime zest and minerality follows through to delicious aromas of elderflower, rose water and blooming spring jasmine. Delicate and subtle fresh vanilla pods become evident as the wine develops in the glass. As the wine has not undergone malolactic fermentation, the mid-palate is fresh, yet beautifully balanced with the richness and structured offered by even handed wooding. The finish is fresh and crisp, testimony to its cool climate origin. Enjoy now or to 2025.

The 2017 Little Eagle Red is a deep red colour. Shiraz dominated, this wine offers dark fruit and spicy aromatics, including flavours of clove and aniseed. On the palate, the spicy tones are complemented by earthy tones, leading to a structured palate with firm yet accessible tannins. This wine is ready to drink now, but will benefit from further aging for up to 10 years from vintage. 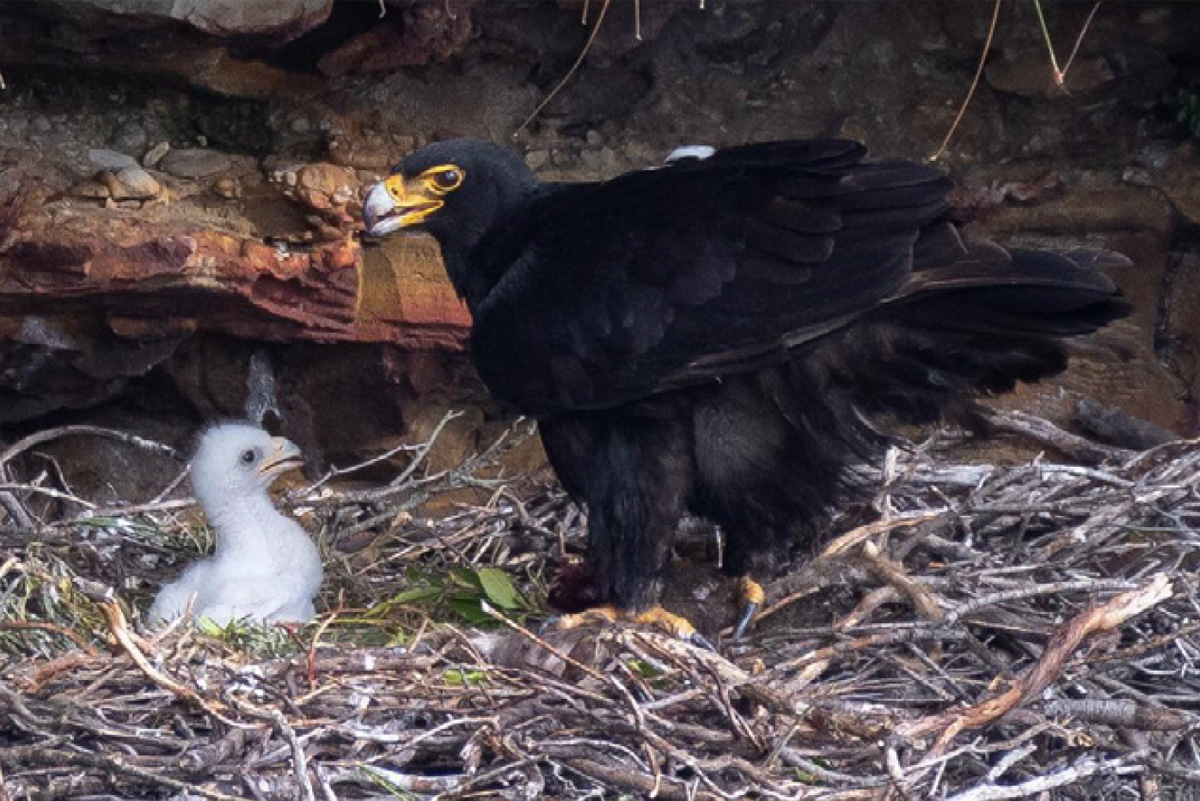